SureFire is a story of what can be accomplished with light. The tale begins in 1969 when an engineer with a Ph.D. from Cal Tech decided the future lay in lasers. Dr. John Matthews founded the Newport Corporation to harness the power of the laser for industrial applications. Over the next decade, the Newport Corporation grew to become a leader in the laser field, pioneering a host of industrial uses for the laser. Patents were issued, contracts were won, business boomed. Basking in the glow of success, John’s inventive mind turned toward his hobby and passion, shooting. He wondered if a laser could be adapted to serve as a sight on a firearm. In 1979, John’s concepts became reality as he designed and patented a laser sight.

The original laser sight was large and unwieldy by today’s standards. Further refinement of the technology would have required the board of the Newport Corporation to approve substantial investments outside its core business interests. So John, along with several key members of Newport’s technical staff who shared his vision, approached the board with an offer to buy the laser sight business. When their offer was accepted, John resigned as president of Newport Corporation, and assumed leadership of the newly formed company, Laser Products. Now John could devote all of his energy toward the commercialization of laser sights for guns.

A handgun sight for a Colt Trooper was the company ‘s first product. A laser sight for a Ruger Mini-14 soon followed. Then, in 1984, the phone rang with a call from a local police agency that would literally alter history for Dr. John Matthews and Laser Products. It was the Los Angeles Police Department’s SWAT Team on the line. The 1984 Olympic Games were to be held in The City Of Angels and the police wondered if it would be possible to borrow a number of laser-sighted shotguns to use for security during the Games. No problem, said John. In the years that followed, the technically superb, but expensive, laser-sighted firearms paved the way for future developments. While none proved commercially viable, the willingness of Laser Products to accommodate law enforcement’s needs led to the development of a novel idea at the time, a weapon-mounted flashlight.

The SureFire WeaponLight was born, and low-light law enforcement and military operations would never be the same.

Laser Products went on to establish itself as the leading manufacturer of rugged, powerful and compact illumination tools for tactical applications – from weapon-mounted lights and laser sights, shield lights and baton lights to hand-held lights powerful and bright enough to qualify as “force-option” tools that could temporarily blind, unbalance, and disorient a threat. Eventually the SureFire name became so synonymous with excellence in hand-held illumination tools that the company name, Laser Products, was changed to SureFire LLC. 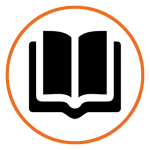 Menu
CT Solutions uses cookies to improve your experience. If you continue to use this site, you agree with it.
Ok